Football played a crucial role, it appears, in the most recent student protests at the University of Missouri. Over the past few months, several incidents of racial taunting have been reported by African-American students on campus. The president of the Missouri Students’ Association described being called a “nigger” by passengers in a pickup truck, and the Legion of Black Collegians were the victims of the same slur as they were rehearsing a skit in a public open space on campus. There were also reports of feces smeared on a dormitory bathroom wall in the shape of a swastika, which black students interpreted as a statement of racial hatred. After bringing these incidents to the public, black students directed their anger at the administration which did nothing to address these students’ concerns. In response to the administration’s silence, students organized the group Concerned Student 1950 and began a series of protests against the president of the university, calling for his resignation. The story went national once graduate student Jonathan Butler announced his hunger strike on Monday, November 2, until university president Tim Wolfe resigned. Events seemed to be at an impasse throughout the week, but once a number of students on the football team declared they would not play the following week unless President Wolfe was dismissed, things happened quickly. By the evening of Monday, November 9, President Wolfe as well as Chancellor R. Bowen Loftin had resigned. 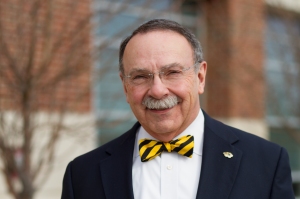 How big of a role was the decision of the football team to refuse to play until Concerned Student 1950’s demands were met? It is too soon to say conclusively, but certainly their action, backed by the head coach, brought national media attention to the issue. There are reports that if the Mizzou football team had forfeited the game against Brigham Young University the following Saturday, it would have cost the school in excess of $1 million dollars. In addition, the players’ strike, if it had happened, would have diminished the university in the eyes of the public on all sides of the issue. A division I football team refusing to play as a statement of solidarity with student protesters is a powerful tool for change in the era of multi-billion-dollar television contracts. More incidents like this will probably follow, as other campus protests spring up over student concerns. The protests at Mizzou this year have been about the issue of race, but student activism against administrators could easily emerge over issues such as campus rape and speech codes. A precedent has been set. What remains to be seen at Mizzou is if protesters are able to make any long-term changes on campus, or if activity fizzles out now that the president and the chancellor have resigned. The long-term changes are what need to be open to public debate, and those changes need to be in line with the Constitution. This should be of interest to all in the academic community, because there is a history of long-term changes on college campuses that have arisen from campus controversies.

In 1973, another student protest at the University of Missouri culminated in a Supreme Court decision that did make long-term changes not just at Mizzou, but in public higher education nationwide. This protest did not involve the football team, but it did involve a student in the other campus institution Missouri is best known for, the School of Journalism. The incident and Supreme Court decision in that protest, strangely enough, may have a direct bearing on the current situation at Mizzou. A case could be made that the current protests on campus could lead to a challenge of that 1973 Supreme Court ruling, in which the court declared that campus officials could no longer censor student speech just because it was deemed obscene or offensive. The upshot of that decision, along with several other court rulings during the 1960s and 1970s, is that college students are now considered legal adults with constitutionally protected rights. Colleges and universities are no longer in loco parentis (in the place of parents) legally in the United States as they had been since the nineteenth century. The 1973 case and the current protests go to the heart of the issue of free speech on college campuses in the United States.

In 1969, Barbara Papish was a 32-year-old graduate student in the School of Journalism at Missouri. In the Spring semester of that year, she was on campus distributing copies of The Free Press Underground, an independently published local newspaper. The issue she was handing out on campus had a political cartoon of Chicago policemen raping the Statue of Liberty on the front page, and an article titled “Motherfucker Acquitted” on page two. The university, citing a violation Article V of the school’s General Standards of Student Conduct, expelled Papish. Article V prohibited “indecent conduct or speech” by students at Mizzou, and both the cartoon and the headline were deemed indecent. Papish sued the university, and in 1973 the United States Supreme Court, in Papish v. Board of Curators of the University of Missouri reversed a lower court’s decision, deciding in Papish’s favor that her First Amendment rights had been violated. In their ruling, the court cited their recent decision in Healy v. James in which they stated “state colleges and universities are not enclaves immune from the sweep of the First Amendment.” They also went on to say that “the mere dissemination of ideas—no matter how offensive to good taste—on a state university may not be shut off in the name alone of ‘conventions of decency.’”

The University of Missouri Police Department on November 10 of this year issued an email alert to all students and faculty encouraging them to report “incidents of hateful and/or hurtful speech” to the police. They went on to say that “cases of hateful and hurtful speech are not crimes,” but if the perpetrators are students, “MU’s Office of Student Conduct can take disciplinary action.” This email should send a chill down the spines of all students and faculty, not just at Missouri, but on campuses across the country. The First Amendment, according to the courts, protects all speech, even “hateful and/or hurtful speech.” The threat of police investigation of any type of speech suppresses free expression and should be resisted. For a multitude of reasons, administrators and others in positions of power have continued to deny college students their constitutional rights in recent years. In doing so, they have disregarded the courts’ definition of protected speech. The courts have ruled that speech alone, however odious, is not something that students can be disciplined for.

In March of this year, the Sigma Alpha Epsilon fraternity at the University of Oklahoma was shut down and at least two of its members were expelled by the administration for singing or chanting a vile, racist song that stated bluntly that no African-Americans would ever be admitted to the fraternity. The song used the word “nigger” and contained the line “hanging from a tree.” African-American students on campus immediately condemned this expression of hatred, as they should have. The Oklahoma football team skipped practice to join in protest vigils denouncing the racist sentiment at the fraternity. This reaction by students and student athletes was an outpouring of disgust at a reprehensible, public expression of hate. The question remains, however, was this expression by members of the fraternity protected by the First Amendment? A reading of Iota Xi Chapter of Sigma Chi Fraternity v. George Mason University suggests that it was protected speech, and that university officials were in the wrong to punish the fraternity and its members for their speech. In the Iota Xi decision, the United States Court of Appeals, Fourth Circuit, held that an “ugly woman contest” that contained both sexist and racist elements was indeed speech or expression protected by the First Amendment. As of this writing, the Oklahoma fraternity has retained counsel and appears to be weighing legal action against the university. According to current precedent, it appears that they have a strong case against the administration for violating their free speech rights.

American college students today are recognized by the courts as legal adults with constitutionally protected rights. The courts have affirmed this over the past forty years in many cases brought before them relating to this issue. During the student protests of the 1960s, college students were arguing that they were indeed adults, and mature enough to be treated as such. Under the legal regime of in loco parentis colleges had rules and regulations in place to “protect” students from themselves and others just as a parent or legal guardian would. Society and the courts long held this attitude towards college students, but during the 1960s students rebelled against curfews, intervisitation prohibitions, and censorship of speech by declaring themselves adults no longer in need of these rules or administrative protection from hateful or obscene speech. In the most recent round of protests at Missouri and other schools, some students, not just African Americans, have begun looking to administrators for renewed protections against speech protected by the First Amendment. University administrators have their hands tied at this point in acting to provide any protection precisely because of the freedoms won by students of the past. In cases where administrators have acted against racist or sexist speech, the courts have ruled their actions unconstitutional. This is the catch-22 students and administrators currently find themselves in American Higher education.

university students across the country began a campaign for their rights as American citizens. They may not
have had the benefit of the direct support of university athletes proposing to go on strike, but they were able to draw attention to their cause. Most Americans today understand that the 1960s were a turbulent time, but do not understand the real gains made by college students in securing their constitutional rights. Barbara Papish made a stand against censorship on campus by suing the University of Missouri, and the United States Supreme Court agreed with her argument that college students should no longer be treated as minors in need of direct supervision. The impasse on campuses in more recent controversies is the direct result of the student rights movement of two generations ago. This is a difficult time for students and administrators. The solutions to current issues are complex, and the implementation of those solutions will be overseen by the courts. These are indeed interesting times for all members of the academic community.

Craig Forrest is a Ph.D. candidate in the University of Missouri history department. He can be reached at craig.forrest@mail.missouri.edu.

4 thoughts on “We Are Not Children: Student Protest and the End of In Loco Parentis”