Ever since humans invented motorized flight, they have attempted to race airplanes in the sky. This weekend, pilots from around the world convened at the Reno-Stead Airport in Reno, Nevada, to compete in the 2014 National Air Races. Tragically, in practice before the start of the races, retired fighter pilot, veteran air racer, and former national champion Lee Behel died during a crash. This unfortunate accident preceded the fifty-first annual races in Reno. The air races have been held in the United States and abroad since the beginning of the twentieth century. This post chronicles the ascent of air racing as a potential national pastime in the beginning of the twentieth century to its descent to being a “flash-in-the-pan” pastime. Although its status among sports fans in the United States is not as high as it once was, the sport remains an important part of the history of sport and technology.

Most popular among Americans in the late 1920s and 1930s, the appeal of air racing stemmed from the novel intrigue of aeronautical technology improvements during the industry’s nascent years. These air racers helped spur technological advancements in air technology in the first few decades of flight and the races became popular stages to exhibit modern aircraft. The “spectacular acrobatic stunts and daring attempts at new world speeds” fascinated the public according to the Chicago Daily Tribune in 1933. In 1938, Newsweek explained that “[f]or the spectators it is a carnival of thrills; for the engineer and designer, a proving ground for their theories; for the flyer, a chance at fame and fortune.” Today the air races include multiple short courses. In the past, the races were held on both closed as well as open, cross-country courses. They varied throughout the years. As air racing historian Don Berliner explains at the beginning of his book, Airplane Racing: A History, 1909-2008:

Air Racing is speed competition for piloted, fixed-wing aircraft around closed circuits or long cross-country courses. Aviation’s primary spectator sport is pylon racing, in which several pilots take off together and race simultaneously for several laps around courses marked at the corners by brightly colored towers, called pylons (p. 1).

In order to propagate innovation of airplane technology, various entrepreneurs organized races in the 1910s. Races for the “Gordon Bennett Cup”—given by the publisher of the New York Herald James Gordon Bennett—first were held in Belmont Park, New York, in 1910. According to Berliner, the “clear purpose” of the races “was to accelerate the pace of progress in the design, construction, power and piloting of all types of aircrafts” (p. 42). After appearing in subsequent years in Kent, England; Clearing, Illinois; and Reims, France; the races ended when Europe became engulfed in the Great War (the race resumed for one year following the war). Other races in Europe were held for aerial enthusiasts. Seaplanes battled over the Schneider Cup held over the Mediterranean Sea, near the coast of Monaco. Organized by French aircraft aficionado Jacques Schneider, the races attempted to “stimulate progress” in seaplane technology. Quickly the races became not just an important avenue for airplane innovations but an international sport. The races even progressed as a professional endeavor. In fact, according to a New York Times article on August 29, 1932, there was a push by air racers to unionize. 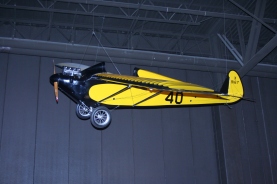 In the interwar period, the air races became a national spectacle in the United States. Innovations in aviation because of wartime technology helped expand the races. By the 1930s, Berliner explains that the National Air Races “attracted so many fans and so much press attention that they spawned dozens of local and regional races” (p. 7).  The national event, first held in Cleveland, Ohio, in 1929, brought 250 exhibitors and a floral parade to the Great Lakes city. Over 1,000 planes took to the skies in the inaugural races, making Cleveland, in the opinion of the Chicago Daily Tribune on August 4, 1929, the “unquestioned center of American aviation.” Over the next twenty years (although the races were not held during World War II) the National Air Races were held in Cleveland twelve times as well as in Chicago and Los Angeles.

The popularity of the air races and exhibitions expanded across gender and race lines. In 1906, the first woman flew an aircraft. In 1921, Bessie Coleman became the first African American (man or woman) to earn a pilot’s license (she had to travel to France to receive it, as no domestic institute would offer her one). In 1931, Katherine Cheung became the first Chinese woman to earn a pilot’s license. In 1929 Cleveland, women of the “99 club” elected Amelia Earhart their president and held the first Women’s Air Derby. One year later, in Chicago, the inaugural “Women’s Aviation Day” brought women officially into the National Air Races for the first time. Organizers held a “women’s speed race”  and staged a  “mixed doubles race”  in which men piloted planes on the first leg from Chicago to Cleveland and the women took charge in the aerial return to the Windy City.

In 1929, army veteran and African American William Powell attended and worked at the Cleveland National Air Races. Two years later, on Labor Day 1931, he held his own air competition: “an all-black airshow.” According to newspaper reports, nearly 15,000 people came out to witness the “Negro Flying Formation Group,” which consisted of Powell and two other African American pilots. Primarily held out of the national air races, Powell continued to hold exhibitions along with pilots such as James Banning, who became the first African American man to earn a pilot’s license. According to newspapers, over 40,000 people came to see the “Colored Air Circus” on December 6, 1931, in Los Angeles.

Air racing also became a diverse social class activity. Although many of the racers in the competitions were affluent elites, according to historian Jack Williams, “[i]nterest in aeroplane sport was never restricted to those from the upper class and was far more widespread than the number participating in it would suggest.” Thousands of spectators came to Cleveland and the other host cities to watch the aeronautical competitors. According to the Chicago Tribune, a “million people in Chicago” would view the national races in 1930.  The same newspaper insisted that and local races in the windy city would become the “high point of our summer season” in 1933. 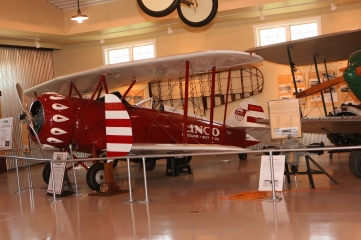 The air races sprung to a popular pastime because it was widespread across the United States. Although the races were often held in Cleveland or other major cities, for a few decades, citizens from across the country contributed to the air races. For example, planes constructed in Pennsylvania were shown at the National Air Races. Moreover, Seattle, Washington, nearly held the first air race in 1909 and the city continued to contribute to the sport by producing the first rotary engine. In Louisiana, “dynamic technology” improvements in the field of aviation helped advance airplane technology.

Air racing’s popularity in the United States teetered during the 1930s and 1940s and became obsolete on a national scale in the postwar era. Even during the 1930s, some questioned the air races’ popularity. In a reference to small crowds at the 1931 races in Cleveland, a New York Times correspondent observed that on September 8 that “[a]irplane racing as a national sport, as a human, thrilling spectacle, is doomed—if indeed, it ever existed.” The journalist explained that there was “little thrill” in watching planes of similar speed fly by in a “wholly lacking” contest. Another columnist in the New York Times stated that the ten-day time frame of the races was too long to keep the public’s attention. Moreover, as air technology increased the speed of the airplanes, the allure of air racing as a spectator sport decreased because racing routes were lengthened past the eye’s reach. Although the races remained popular during the decade, these viewpoints foreshadowed the sports’ demise after World War II.

Multiple reasons contributed to air racing’s descent in popularity. Perhaps the public was immune to the innovative technology displayed at the air races in the late 1940s because it was no longer unique. Perhaps with the invention of much faster jet power, the air races lost their luster. The suspension of the National Air Races during World War II also suggests that the sport did not compare to other national pastimes. Baseball, for example, after much debate, decided to continue to play during the war. Although the air races reemerged following the fighting, its popularity had plummeted.

The revitalized air races following the war did not match the popularity of the 1930s air spectacles. The airplanes used during the races came from the advancements of the military during the war. The racers had less involvement in the engineering of their aircraft and many of the planes were more similar in design. With increased standardization of air travel, the novelty of the air races decreased. In addition, the inherent danger involved in the sport—because of the faster speeds of the aircrafts—tempered enthusiasm for the races.  The 1949 Cleveland races ended in tragedy when flyer Bill Odom “misjudged a turn, rolled over and dove into a house, killing a mother and her young child, as well as himself” (p. 146). The National Air Races disappeared after the accident. 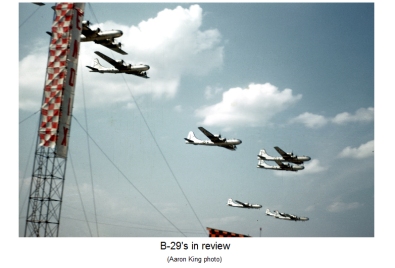 The allure of air flight and sport went dormant for many years. In the 1960s, however, the National Championship Air Races made a comeback when aviation enthusiast Bill Stead brought the races to Reno, Nevada. These races lasted and have been held every year in Reno except for 2001 following the September 11 terrorist attacks in New York City, Washington D.C. and Pennsylvania. A horrific crash at the 2011 races—when a 1940s style P-51 Mustang crashed and killed the pilot and nine spectators—unfortunately reminded air racing enthusiasts of the 1949 Cleveland crash.  Unfortunately, crashes continue to hamper the air races, with the death of Lee Behel the most recent. Also, in 2003, the Red Bull Air Race World Championships began and were held through 2010 in various cities across the world before being cancelled in 2011 and 2012.

Air racing thrived in the 1920s and 1930s when air travel was a novelty to the American public. Thrilling narratives of the races appeared on the front pages of leading national newspapers and periodicals. With the regularization and standardization of air travel, however, the uniqueness of air racing dissipated. The revamped Reno races and Red Bull races, although popular, have found homes on the margins of American sporting culture. The popularity of air racing—which lifted to a high altitude in the early decades of the twentieth century—was grounded by the end of World War II.

Andrew D. Linden is a Ph.D. student at the Pennsylvania State University. He is the co-editor of Sport in American History. He can be reached at adl5182@psu.edu and can be followed on Twitter @AndrewDLinden. He maintains his own website at www.andrewdlinden.com.

4 thoughts on “Air Racing in the United States: The Rise and Fall of a Short-Lived Pastime”