As part of ESPN’s 30 for 30, O.J.: Made in America examines O.J. Simpson’s movement through the American cultural, political, and social landscape of the past five decades. The five-segment documentary explores the significances of race, gender, celebrity, and violence in Simpson’s football career and later criminal trial. The Sport in American History blog will be reviewing all five parts, with  Lindsay Parks Pieper reviewing Part IV today. Chuck Westmoreland reviewed Part I on Monday, Cat Ariail Part II on Thursday, and Kate Aguilar Part III on Friday.

We’d like for the legal system to be nondiscriminatory. Sadly, it is not. Black Americans are overwhelmingly more likely than white Americans to be charged with drug offenses, experience “stop and frisk,” receive longer jail sentences, use public defenders, and be excluded from jury service. A racial divide also exists in the interpretation of how justice is–or is not–served. A 2015 CBS News/New York Times Poll found that 77% of black respondents believe the legal system is biased against racial minorities compared to 44% of white respondents. This split is nothing new.

A Washington Post survey illustrates a historic trend in the black community’s distrust. Since the onset of the poll in 1992, when asked “Do you think blacks and other minorities receive equal treatment as whites in the criminal justice system?” an affirmative response from black respondents peaked at 19% in 1995 and 1997. Significant for the fourth installment of O.J.: Made in America, on October 6, 1995, three days after the jury acquitted O.J. Simpson, only 9% of black Americans, compared to 52% of white Americans, felt that racial minorities received equal treatment within the legal structure. The notable difference showed in the responses to the trial and continues to resonate today.

After airing three well-received and much-praised segments, director Ezra Edelman turns to the “Trial of the Century.” He expertly demonstrates how understandings of race and racism played an influential role in the proceedings that eventually led to O.J.’s acquittal. Rather than focus on the intricacies of the legal process, though, this section of the documentary shows how people’s different social positions impacted their view of the criminal trial. As with the other segments, Edelman examines O.J. against the larger backdrop of American culture.

Part four centers the trial, yet Edelman spends minimal time examining the ins and outs of the legal case; instead, he shows how jurors, lawyers, family members, and the larger Los Angeles public interpreted the proceedings–a significant contribution to the growing work on O.J. Simpson. For example, when white prosecutors Marcia Clark and Bill Hodgman brought in evidence that O.J. had previously abused Nicole Brown Simpson to “knock Simpson off the iconic pedestal,” as Hodgman puts it in the film, they were surprised when the jurors did not automatically connect domestic violence and murder. Edelman juxtaposes Hodgman’s words with a clip in which a black female juror explains that the prosecutors did not successfully prove the link. Instead, they had expected the jurors to make assumptions.

Race and gender also played a role in responses to the prosecutors themselves. Much has been said about the sexism Clark experienced throughout the trial. In FX’s recent The People vs. O.J. Simpson: American Crime Story, for example, the dramatized recreation highlighted the media’s (negative) reaction to her hair, voice, child-rearing, and divorce. Edelman provides a slightly different angle by showing that the jurors felt uneasy about Clark and particularly found her tearful summation superficial. Yet more significantly, the documentary illustrates the group’s disenchantment with black assistant prosecutor Christopher Darden. Darden made the controversial call to ask O.J. to try on the bloody glove found at the crime scene. When O.J. obliged and made a show of the glove not fitting, the prosecutor looked ill-equipped and foolish. According to the jurors interviewed, Darden not only lost credibility in that moment, but came across as pitiful and weak–an unmasculine black man–especially when contrasted against the authoritative and smooth talking Johnnie Cochran.

Cochran, who the interviewed jurors describe as convincing and “magical,” was assisted by a high-profile defense team. Notably, Barry Scheck poked holes in the LAPD’s evidence and F. Lee Bailey cross-examined detective Mark Fuhrman. The film shows how racial unrest in Los Angeles underlined both attorneys’ points. Scheck’s suggestion that the LAPD tampered with evidence–by handling materials without gloves and returning to the crime scene with O.J.’s blood–struck a nerve with the black jurors. Lingering examples of police mistreatment convinced them, and the larger black community, that the LAPD was capable of framing O.J.

Likewise, through Bailey’s cross-examination, many came to see Fuhrman as the epitome of a racist LAPD officer. At first, the detective deflected accusations of prejudice. However, the “Fuhrman tapes,” twelve hours of taped interviews between the officer and screenwriter Laura McKinney, seemed to verify the defense team’s arguments. On tape, Fuhrman repeatedly referred to black people as n*****s and nonchalantly told McKinney that he could torture and murder them with no punishment. Preconceived notions of police mistreatment again rang true for many people.

Contrastingly, Clark and Hodgman lamented that race played such a central role in the trial. In their view, the misdeeds of Fuhrman eventually came to overshadow the actual murder case. Likewise, Fred Goldman, Ron Goldman’s father, asked why the vicious slaying of his son took a backseat to allegations of LAPD racism. (Be warned: Edelman shows the brutality of the murder with graphic photographs from the crime scene). Accordingly, they felt that the case turned from the people vs. O.J. into the defense attorneys vs. the LAPD. 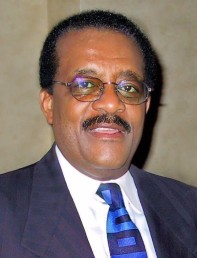 Yet the greatest dissonance stemmed from Cochran’s (in)famous summation. Most people remember his “if it doesn’t fit, you must acquit” line. But the crux of Cochran’s conclusion focused on the LAPD’s mistreatment of the black community and Fuhrman’s racism. Specifically, when accusing the police of planting evidence to falsely implicate O.J., Cochran likened Fuhrman to Adolf Hitler “If you grew up in this country, then you know there are Fuhrmans out there,” he concluded. On camera, Clark, in exasperation, explains that she thought the summation was dishonest and extreme, arguing that Cochran incorporated a powerful narrative of race for a man who wanted nothing to do with the black community. Hodgman similarly posits on screen that the attorney “played the race card.”

Finally, the racial divide extended beyond the courtroom walls. Edelman uses news footage from outside the trial to subtly, yet strikingly, illustrate the discrepancy. With the people shown in 1994, only one factor seems significant in whether they find O.J. guilty or not-guilty: their race. A news report, voiced over an image of Los Angeles, drives home the point; 77% of white people polled believed O.J. was guilty; 72% of black people polled believed him innocent.

The fourth installment of O.J.: Made in America provides a clear example of how race and racism shaped, and continues to shape, the American legal system. As Rev. Cecil Murray tells Edelman, “it was bigger than O.J. Simpson.” However, the filmmaker does not side with the prosecution nor the defense attorneys, and he does not attempt to prove one side was “correct” over the other. Rather, Edelman demonstrates how people’s social positions impacted their interpretation of the case, the lawyers, the LAPD, O.J., and the legal system. As it still does today.

Lindsay Parks Pieper is an Assistant Professor of Sport Management at Lynchburg College and the Book Review Editor of Sport in American History. She can be reached at pieper.l@lynchburg.edu and can be followed on Twitter @LindsayPieper. Check out her website at www.lindsayparkspieper.com.

4 thoughts on “The “Trial of the Century”: O.J. Made in America, Part Four”